5 Things You Need to Know About the US Drone Market

As one of the most prominent players the US drone market, is also home to some of the most exciting developments in the industry. From world-leading R&D coming out of Sillicon Valley to landmark FAA waivers and exemptions, the US continues to move forward at a swift pace. This is why we decided to release our very first country-specific report on the American market.

This year alone, the US drone delivery company Zipline raised $190 million in Round C funding having firmly entrenched themselves as the global leader of medical drone deliveries. The FAA, in the meantime, released new drone rules for hobbyists and wasn’t short of exemptions.

In light of all these developments and our new report here are the top trends on the US market:

1. The US Drone Market is the largest in the World

Want to know more? Get our new US Drone Market Report!

2. The US Drone Market will Almost Triple in Size by 2024

Even though the US market won’t grow quite as quickly as some others (China, and India), it will still be one of the fastest growing markets in the world. By 2024 it is expected to be almost three times the size it was in 2018.

3. US Commercial Drone Unit Sales Will Quadruple Between 2018 and 2024

Not only will the market grow rapidly, but so will commercial drone unit sales. In fact, in 2024 in the US there will be four times as many drones sold as in 2018.

4. The US Drone Market is Home to Over 50% of Global Drone Investments

Year in and year out the US has been home to over half of global drone investments. This decreased slightly in 2018 when out of the total 702 billion USD just less than half went to the US, but there is still no country in the world receiving anywhere near as much of disclosed drone investment as the United States. This also partly explains the level of activity visible on the US market – over half of all strategic drone partnerships involve one or more US companies.

“The US drone market will continue to lead at a global level for the next five years. As it develops at a rapid pace good market data on the largest drone market in the world is key to making good strategic decisions in the drone industry.”

5. The FAA is Pouring its Resources into Developing a UTM System

Finally, in addition to having the largest drone market in the world, the United States also has a growing administrative infrastructure to support it. The US Aviation Agency, the FAA, is supporting five different initiatives working towards establishing an unmanned traffic management (UTM) system as we speak.

While regulators still have a long way to go until drones are able to fly beyond the line of sight in urban areas, each year brings new waivers and exemptions. The latest milestone is the FAA approval granted to the Alphabet-owned Wing this May. This is the first permission to fly a drone delivery service in the United States ever allowing Wing to begin operating in the state of Virginia later this year. 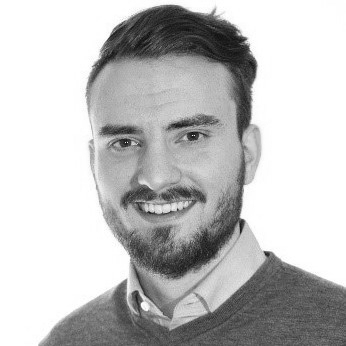 Lukas holds a degree in Aerospace Engineering as well as a Masters in International Business Administration and Engineering. During his education he was involved several consulting and process optimization projects at MTU Aero Engines AG. At DRONEII he’s the go to voice on drones and AI. 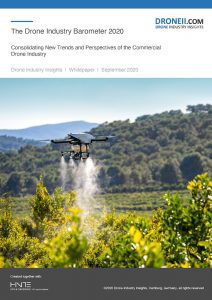 2 min. Due to its popularity, we created the 3rd annual Drone Industry Survey – this time featuring views from nearly 700 companies in the drone industry. 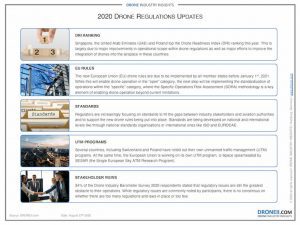 4 min. To mark the release of the new update of our Drone Regulation Report, here are the latest and most important regulatory trends that you need to know about within the drone industry from the past year. 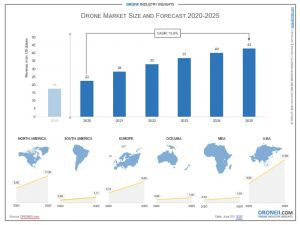 4 min. To mark the release of the new update of our flagship report, here are the most important market trends that you need to know about within the drone industry in 2020-2025. 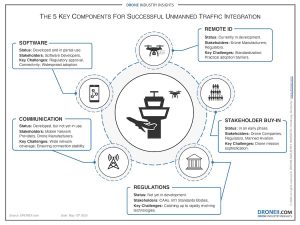 Unmanned Traffic Management Components: What Do We Need for a UTM Future?

6 min. Unmanned Traffic Management, or UTM for short, has been the talk of the drone industry for the past couple of years.

Unmanned Traffic Management Components: What Do We Need for a UTM Future?
2020-05-11

Drones and the Coronavirus: From Crisis to Opportunity
2020-04-06